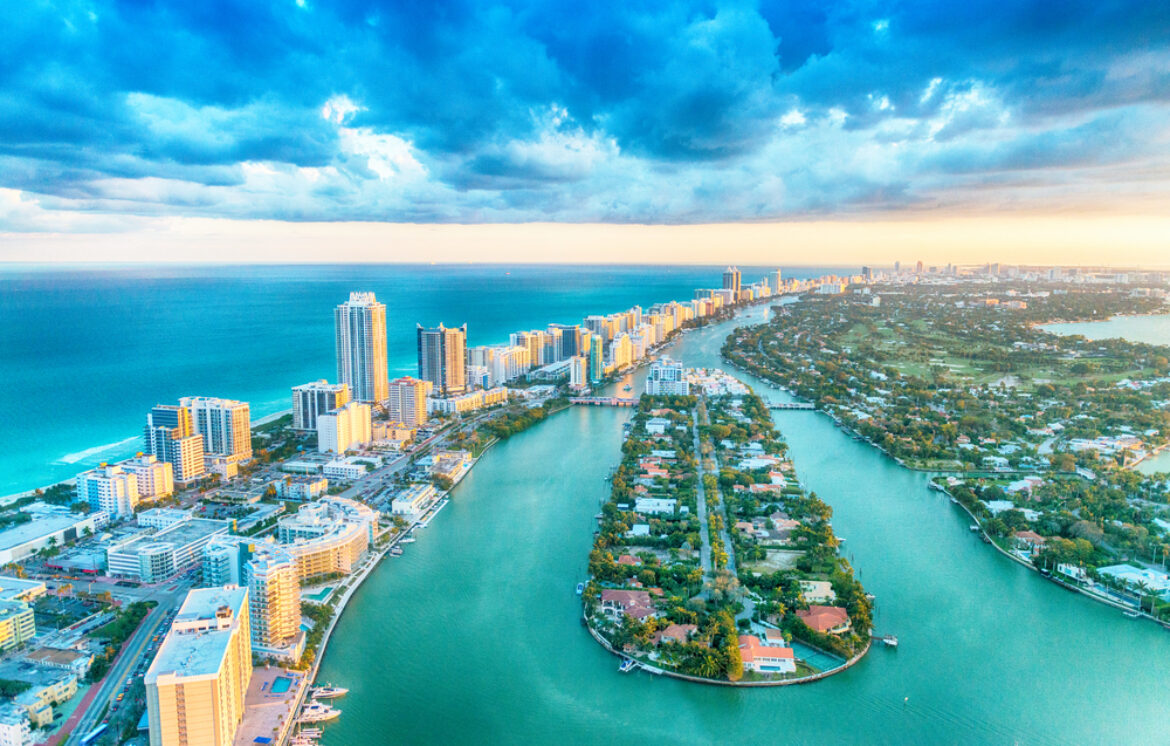 Miami is one of the world’s most iconic destinations, known for its mix of sandy beaches, parks, institutions, diverse cultures, and unforgettable cuisines.

It also has a rich history. It’s named after one of the native tribes that lived in the area, the Mayaimi. It’s also the only major city in the U.S. to be founded by a woman—a local business woman named Julia Tuttle. It’s no wonder people from all over the country and around the world are flocking to this bustling metropolitan.

But Miami is not without its share of economic defeats. In 2009, real estate in Miami-Dade County experienced exponential losses and saw its prices drop in value by over 50% within the span of a year. However, it recovered from this slump and saw a steady rise across home prices in 2011. The rest, as they say, is history.

What makes Miami real estate a worthwhile venture? How is it different from other cities in the U.S.?

Often referred to as “The Magic City”, Miami became a city at a very rapid pace. At one point, it was one of the fastest growing cities in the country, owing to expansions and developments made during its founding. Over the years, it Miami has also become more accessible to people from all over the country. This influx heralded its exponential growth in a short period of time—like magic.

Miami has wonderful weather throughout the year, attracting tourists from within and outside the country. During winter in the U.S., Miami remains to be its warmest location, with temperatures ranging between 65 to 75°F. It also has numerous amenities, like cruises, parks, and beaches, that let you enjoy the wonderful Miami sun. In fact, the city sees a growth in population of about 2% annually.

Compared to other cities in the country, like San Francisco, New York, Los Angeles, Boston, Seattle, and San Diego, there’s a lower cost of living in Miami.

Miami isn’t just about vacations or leisure. It also has a strong job market that’s backed by a thriving economy. It has lower unemployment rates compared to other cities across the country.

Miami has a diverse population owing to an influx of international citizens who are working in or who have made Miami their home. Some of these foreigners buy properties that they would eventually use as vacation properties.

Homestead protection keeps Miami’s residents protected from creditors. This means that your assets can be protected, following certain criteria.

The question still remains: why should you invest in Miami real estate? Here are three major reasons:

Miami real estate generates both high income and appreciation. If you own a property investment in Miami, you would see returns over time. It also has a lucrative rental market that yields high rental income for landlords.

Miami has a growing economy. In fact, the city has one of the largest urban economies in the state of Florida. It’s also one of the cities with the highest GDPs in the country, reaching an impressive $1 trillion in 2018 alone. This growing economy continues to attract residents and investors.

With over 70% of the population made up of renters, Miami is a wise choice for those who are thinking of investing in real estate. Lease is thriving because several people in the city have seasonal or temporary work. Renting is also a more affordable option compared to buying a house. Landlords and rental property investors also have more freedom compared to other U.S. cities. For one, the Miami doesn’t have laws regarding rent control and landlords can immediately take action should a tenant refuse to pay.

If you’re thinking of investing in Miami real estate, work with a trustworthy Miami real estate agent like Tammy Hernandez.  Not only is she well-versed with the market, but she also offers complete, tailored services for her clients, from trading and negotiation to finding the property that best suits your needs. As a realtor with extensive knowledge in the industry, Tammy Hernandez also offers personal consultations, guidance, and custom marketing for her clients.

She also provides concierge real estate services. This particular service can save you time and resources. It also eliminates the hassles usually involved in real estate transactions.

Make a wise financial decision and enlist the help of a trusted Miami real estate agent. Get in touch with Tammy Hernandez today and find the property of your dreams.